Orval C. Starks enlisted in the United States Army 6 October 1939.  Given his young age, I was somewhat surprised to see his marital status listed as divorced.

The 1940 Bossier Parish, Louisiana Federal census taker found Orval in the soldiers' barracks at Barksdale Field, a base that had only been established eight years earlier, with an occupation duly noted as "military soldier." 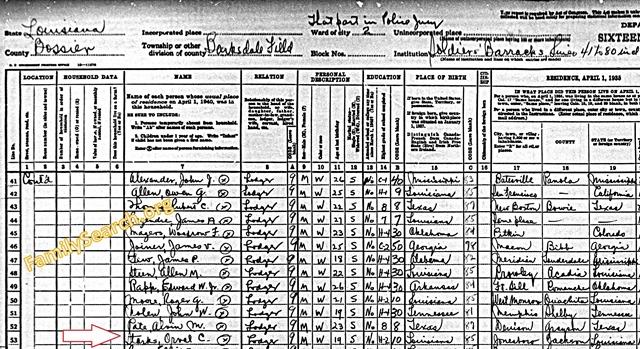 In early May 1942, Orval was captured at the Philippines by Japanese forces and became a prisoner of war.  Thirteen months later, a "Roll of Honor" was published in the Baton Rouge, Louisiana Advocate, on which Orval was still noted as a POW "interned by Japan at unstated camp." It's common knowledge these prisoners suffered unspeakable horrors and were often used as laborers for the Japanese.

On 7 September 1944, POW Starks was a passenger on a "Hell Ship" – the Shinyo Maru – and had been so for weeks, at least.  Ships such as this were used to transport "American and Allied men…to Japan to be used as labor in mines and factories.  Thousands were crowded into the holds…without water, food, or sufficient ventilation.  The Japanese did not mark "POW" on the decks of these vessels…" [Wikipedia]

Shinyo Maru was a transport pressed into military service by Japan during the war. On 14 Aug 1944, American intelligence intercepted a Japanese message noting that Shinyo Maru was to unload the rice and cement currently in her holds at Zamboanga, Mindanao and unload the remaining goods at Manila, Luzon, both in the Philippine Islands. As further messages were decoded, the Americans followed Shinyo Maru's footsteps as she sailed in Philippine waters. A message intercepted at 0200 hours on 7 Sep noted that she was to sail with convoy C-076 from Manila with "750 troops" on board.

Intelligence failure, as later revealed in Dec 1944, led to an [unfortunate] incident for the Americans: the "750 troops" were in fact 750 American troops, prisoners of war who had been used as forced laborers. They had been in the cargo holds of Shinyo Maru since 20 Aug...

Further analysis on the sinking of Shinyo Maru concluded that she was indeed carrying 750 American POWs at the time, and 688 of them perished.

According to the American Battle Monuments Commission, Pvt. Orval C. Starks of the U.S. Army Air Forces is considered Missing In Action.  He is memorialized on the Walls of the Missing at the Manila American Cemetery in Taguig City, Philippines.

The last couple years of Orval's life surely didn't seem merciful, but I pray his death was.

Wonderful article! We are linking to this great content on our website.
Keep up the great writing.

I could not resist commenting. Exceptionally well written!