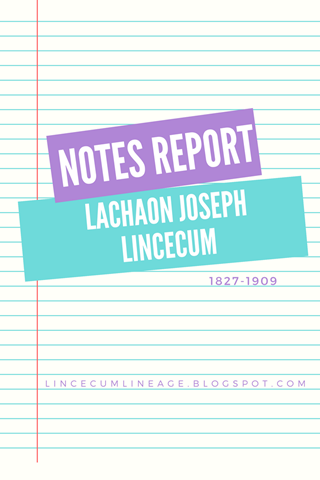 
"Lachaon Joseph, known as Doc, was a practicing physician for a while but preferred farming.  He married Elizabeth Cleveland, February 27, 1852, the Reverend R. H. Belvin, officiating.  Lachaon was a beef contractor during the war, buying up beef cattle and driving them to the Confederate Army.  At one time he swam 956 head across the Mississippi at Natchez.  Later he enlisted at Camp Randle under Captain Thomas L. Scott."

Research Note:  I have not seen an original marriage record for L. J. and Elizabeth.  The marriage information I have comes from an Ancestry database from 16 years ago that no longer exists -- at least under the source title I have -- and a transcribed index (as well as Ms. Burkhalter's book).  I believe Elizabeth can be found with her mother in the 1850 Washington County, Texas Federal census.  If I am interpreting this entry correctly, it seems Elizabeth was born with the surname Obanon (O'Banion?).  Here is a transcription of the entry (names only):


"Most of the children were born in Cotton Gin Port. When the top six were old enough to go to school, Gideon bought a house in Columbus, Mississippi, where he sent them, with their mother, to be educated, while he remained in Cotton Gin Port to continue the practice he had established as a doctor.

At the end of six months he went over to Columbus to see what progress the children had made. He expected great things of them, as they were all 'sprightly minded.'...Gideon questioned them about geography, history, and arithmetic. Their answers were vague and evasive...

[Gideon wrote] I had strained every financial nerve in getting a house at Columbus for them and had exerted my utmost powers to furnish provisions, clothing, etc., to keep them comfortable, and from the oft-repeated high reputation given the teachers in the newspapers I had hoped that I should experience the gratification of seeing signs of progress in my children. I was overwhelmed with disappointment. I felt like the whole world was a sham. My children, after six months' constant attendance at that highly praised institution could answer no question of use..."


L. J. Lincecum was a resident of Gonzales County, Texas, and had been for 12 years. He was 80 years old and not able to engage in an occupation. He described his physical condition as bad -- old age and general debility.

When asked if he was in indigent circumstances, as in actual want and destitute of property and means of subsistence, L. J. answered in the affirmative.

L. J. affirmed that he had been a bona fide continuous resident of the state of Texas since January 1880.

Two witnesses were interrogated regarding the service of L. J. Lincecum. One stated he knew him "in the summer of 1864 in the Army on the Rio Grande." L. J. was part of Geo. H. Giddings battalion, Col. John S. Ford's Expeditionary forces on the Rio Grande.

His Confederate Pension Application was approved.


FOR MANY YEARS A MASON

L. J. Lincecum Had Been Identified With That Order for More Than Half a Century.

L. J. Lincecum, age 82 years, died yesterday afternoon at 3 o'clock at the residence of his daughter, Mrs. W. A. Cardwell, 808 Carson Street, of paralysis. Decedent came here about two months ago for his health from his home, Gonzales. He was a pioneer resident of that community and widely known. He has been a member of the Masonic Lodge for the last fifty-six years.

The body was taken to Gonzales yesterday where the remains will be interred. The Masonic Lodge of Gonzales will officiate at the ceremonies.

While a native of Columbus, Miss., he had been a resident of Texas since 1836. He is survived by six children as follows: G. D. Lincecum, Gonzales; V. D. Lincecum, Mrs. Sallie Shiffleet, Austin; L. J. Lincecum Jr., Goliad; Mrs. W. A. Cardwell, San Antonio, and L. G. Lincecum, Hubbard City. 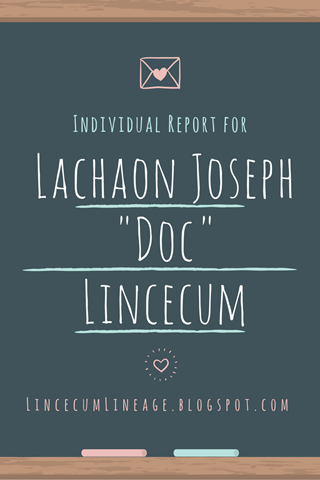 Lachaon Joseph Lincecum was a son of the "famous" naturalist, Gideon Lincecum, and his wife Sarah Bryan.  Lachaon was born 25 January 1827 in Columbus, Mississippi, and was sometimes known as "Doc." He was likely listed with his parents for the 1850 Washington County, Texas Federal census, but – truth be told – that's a difficult one to decipher with all of those L initials.

If you're having trouble finding L. J. in the 1880 U.S. Federal census (I sure did), you might be surprised to know he is listed as Joseph Macan in Williamson County, Texas.  I'd like to know how that happened!

Lachaon Joseph Lincecum died 20 May 1909 in San Antonio, Bexar County, Texas.  He was laid to rest at Gonzales Masonic Cemetery in Gonzales, Texas. 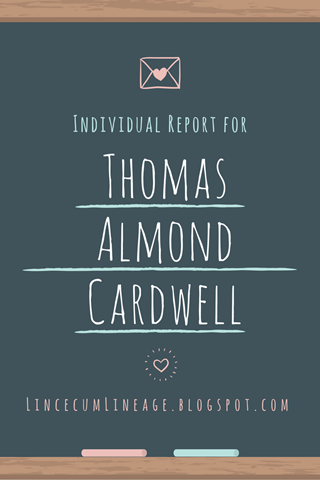 Thomas A. Cardwell died 26 March 1951 in San Antonio, Bexar County, Texas.  He was laid to rest the next day in Mission Burial Park.

- Per his death certificate, Thomas died "inroute" to hospital on 26 March 1951.  He was divorced.  Brother Percy A. Cardwell was informant.  Cause of death:  Coronary Occlusion.  (Likely a heart attack caused by blockage.) 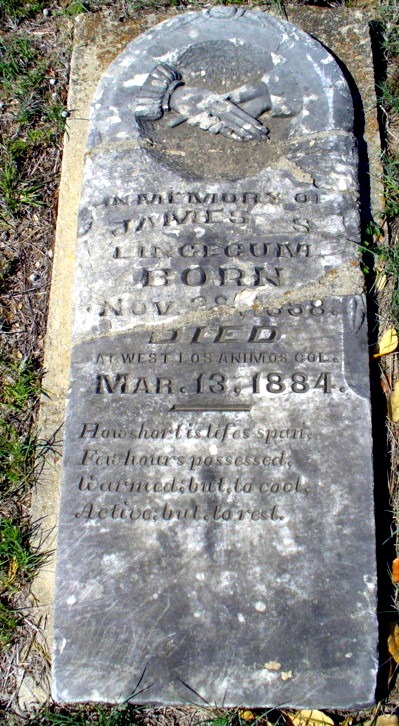 James S. Lincecum was born 28 November 1858, possibly in Washington County, Texas, to Lucullus Garland Lincecum and Edna Caroline "Kate" Lauderdale.  James lived just 25 years, and died 13 March 1884 in Las Animas, Colorado.  His body was returned to the home of his parents in Lampasas, Texas, and buried in Oak Hill Cemetery.

- I have seen several references to James S. and his brother John L. being twins.  The only records I've come across to suggest this is census.  Tombstones for each show the same birth month and day, but different years (1855 for John, and 1858 for James).

LAMPASAS New College - Funeral - Hotel, Etc. Special Telegram to The Statesman. ...The remains of James Lincecum arrived from west Las Amnos [sic], Colorado, last night and were intured [sic] this afternoon at 4 o'clock.  He was the son of our esteemed townsman, Dr. Lincecum...

How short is life's span,
Few hours possessed,
Warmed; but, to cool,
Active; but, to rest.